Poker is probably the most famous card game in the world, bringing together strategy, skill and gambling. Whether it has always been a card game about “cheats” and betting is highly debatable. In order to point out the way this game has evolved from a simple betting or bluffing game to a real sport or even to pathological gambling, one should first have a clear overview on the roots of poker. 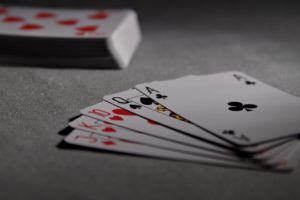 The precise origin of poker is still unknown. Yet, there were several hypotheses regarding the roots of this extremely well-known card game. The oldest ones recall a 16-th century Persian card game entitled “As Nas” and the card game of “Primero”, which was very popular in Elizabethan England. If “As Nas” was based on bluffing, “Primero” (“Primera” in Spain) was a bit more complicated. It involved betting.

However, nowadays’ poker’s closest European ancestor seems to be the French “Poque”, from the 17th century. Poque as well as its German equivalent, “Pochen”, seem to have been based on Primero. Further on, French colonists brought Poque to North America (Canada). The one which had become the national card game in France has soon gained recognition throughout the new world and it eventually traveled from New Orleans to the Mississippi river area. The United States were the final destination where modern poker was born. Modern poker tournaments were established in American casinos after 1970, when the World Series of Poker started. A poker “boom” followed up with the legalization of several poker versions and it eventually became a spectator sport. “Texas Hold’Em” is the most popular poker version these days. The growing dimension of poker has led to the development of world and European tours, which were both televised and broadcast by online channels. The dark side of poker as an addictive gambling game also grew bigger and bigger. 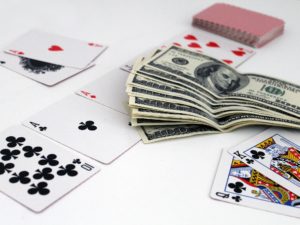 Although it is not a matter of Criminal Code as the underground poker, pathological poker gambling is also a great problem nowadays society is dealing with. Both online and real-life poker can be extremely entertaining as far as it is referred to as recreational card game or a game with money involved within certain limits.

What happens when it goes far beyond entertainment? Addictive gamblers are the ones who often use the money they should pay bills and food with in order to sustain their “hobby”. They totally lose control when they sell or borrow things to support their addiction. In most of the cases, they end up losing everything and become frustrated, trying to come up with new amounts of money to play with. Gambling addiction becomes extreme when poker addicts will put gambling before everything else in their life.

But why is poker so addictive?

One should first ask himself: why is poker addictive? And the answer is quite simple and intuitive: because poker is not only a game of skill. It is a game of luck, too.

Poker requires both skill and self-control, but the game’s outcome is mainly based on luck, too. A deeper look into the poker addict’s psychology shows that poker wins trigger emotional highs, while loss makes a player appreciate winning more. This expectation divergence is actually the one that makes poker addictive.

What about the money? Is easily won money an immediate thrill causing addiction? Of course it is! The human brain release of dopamine associated to winning can become uncontrollable at some point. Poker addicts subconsciously remember the good times (wins) and forget the bad moments (losses), so they are constantly trying to regain success.

Although this can be a very difficult job to do, overcoming poker addiction is a fact. The first thing to do in order to fight gambling addiction is to admit the problem itself. Denial comes as a natural reaction for any kind of addiction, so admitting the issue to oneself is definitely the first step to take for further rehabilitation.

Turning to playing poker for free, no money involved, can also be helpful on the journey back to poker as a recreational game. Social gambling games also require a type of interaction which has been successfully used throughout time to fight uncontrollable gambling. Subscribing to specialized support groups or getting family support is perhaps the most effective method to overcome poker addiction. 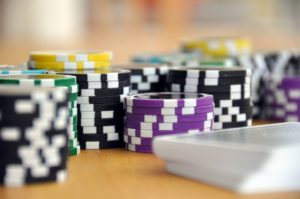 Another long-term solution is avoiding temptation. Strong will associated with the attempt of staying away from poker rooms, casinos and even poker websites have had significant results in fighting gambling addiction. Nevertheless, psychiatric therapy and even medication (for the worst cases) stand for the treatment of the gambling disorder. Poker addiction may be referred to as a serious health condition after all.

The prevention of poker addiction can be one’s most effective defense. Taking occasional bets within certain limits (without losing control of one’s life) is the best way to fight addiction.

Are online gamblers any safer from the addiction?

Online poker addiction is a relatively new challenge, but more dangerous than the others. Psychopathological studies have shown that online poker addicted gamblers stand for the most numerous category and that they experience a wider range of negative states and emotions than others: anxiety, impulsivity, boredom, dissociation. We refer to online poker as to a more dangerous addiction causing activity because it can be hardly controlled, and it is constantly increasing.

The fine line between recreational and professional poker on one side and poker gambling addiction on the other side has probably existed from early times and it will always exist. Yet, temptation has grown bigger with nowadays’ easy access to poker rooms, glamourous casinos and even Internet. So, fighting the present’s temptations will definitely be the answer to all questions related to poker gambling addiction, as well as to a wider range of addictive behaviors. 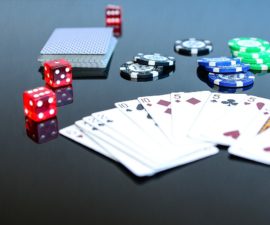 Human beings are very much prone to developing addictions. The …
March 28, 2018
10 min read 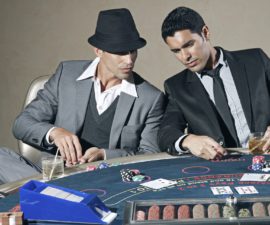