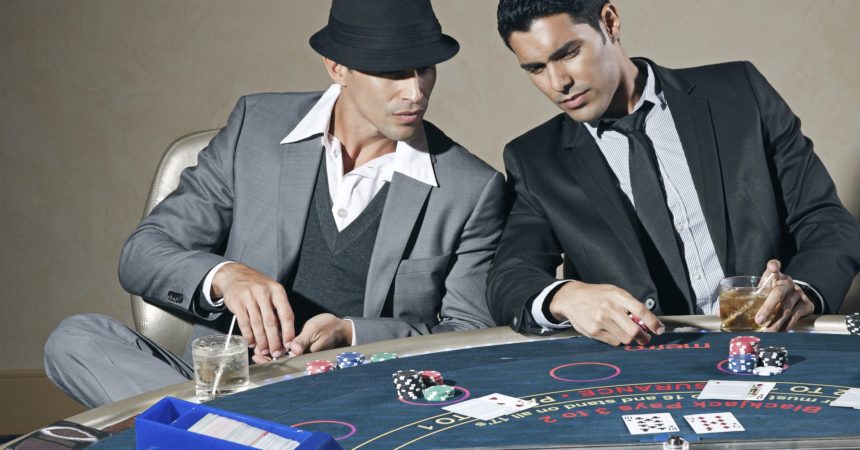 We know that there are a lot of people out there, earning a living doing what they love. But being a professional card player, when this is a hobby to most of us, is ridiculous, right! It’s like you would say that they are making money eating, sleeping or having fun – depending on how you see card playing. Even so, there are people who have perfected their skills to the point where they can make a lot of money by simply playing against other people. We decided to look into this and let you know what makes a professional poker player and how to tell these people apart from gambling addicts.

WHAT MAKES A PROFESSIONAL CARD PLAYER? 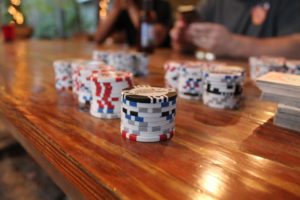 Preparing for a poker game

This does not mean playing with friends and yelling at each other over beers, losing money and complaining about it for a whole week. It is a more “athletic” approach to the game. You become a real sportsman when you start showing a real, sustained interest for the game. This means study and practice. Beginners and occasional players will rely on chance, but for a professional poker player, that chance is completely eliminated by the skill and perseverance of the player. Practice means actual practice, with the computer, with friends, in every possible context.

A professional poker player knows how to make a living from winning poker matches. This means focusing on the match and not losing your mind over the money at stake. Once again, this is the “athletic” approach to the problem. Many people wonder how pros can keep a straight face when they have just lost several tens of thousands of dollars. Well, being able to play through this frustration is what separated a pro from an amateur. It calls for a lot of control, a mind in the game and an eye on the prize. Whatever they lose along the way may also be sacrifice losses to test an opponent or simply have to be accepted as such.

To a professional poker player, every game and improving his skills are like a job. And a job you do for several hours a day, with a lot of focus and dedication. However, this does not mean missing out on family events or selling the family car to have money for a game. This is a very clear sign telling you that the person is balanced and has full control over the situation.

Like any athlete, a professional poker player will be very disciplined and very aware of opportunities and what is generally going on around him. Movies may like to depict poker players as mysterious individuals, with sun glasses on, who can bluff about anything, who smoke and drink and have a general dangerous vibe because they handle large sums of money and never bat an eye. In reality, pros will be very well prepared for a game, they have amazing self-control so as not to give away any information about themselves. What is more, they will be more attentive to the other players in the game than they will waste time posing and intimidating others. 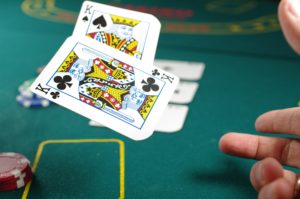 an easy way of making money. And they fail after their first several attempts because they do not have the proper attitude to take them to that place. This means discipline, self-control, a constant desire for self-improvement, sportsmanship, and a desire to lead a balanced life.

WHAT MAKES A PERSON A POKER GAMBLING ADDICT?

Lack of a sense of reality

Not being able to recognize a losing streak or the lack of proper skills to play the game, is the first sign of a problem. Unlike a professional who constantly and actively tries to better his game, a gambler will blame faith, the other players, the weather. Little effort will actually be done to improve their game and to better themselves. In a game, they will bet chaotically and not have a real comprehension of chances.

A gambler loses more than he wins. And this does not stop him. He only keeps playing more, poorly, without control, and loses more and more money. Also, a gambler gets frustrated with every loss, making him lose sight of the game easily. He has no experience and skill to play through loses without being affected. His first impulse after winning is to bet some more to cover the loss. 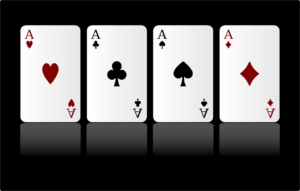 The main reason why nobody would want to build a life with a compulsive gambler is that they can get impulsive and sell everything for cash to get back in the game. Or they can lose properties altogether. Also, they are not present in any of the family events as they are busy thinking of the game or actually playing it. Their interest in it is not like in the case of the professional, who has a controlled approach. But it is obsessive, chaotic and it lacks a structure to build on.

There is no game plan thought of in advance

Unlike a professional, a gambler will take higher and completely uncalculated risks throughout the game. A professional will set some limits and will keep to them in order to make sure that he has control over loses and over the game overall.

People tend to admire the pros and to look down on the addicts. This is because we love a winner and we want to separate ourselves from the losers. The main difference between them when poker is concerned is that pros have a composed approach of the game, respect a structure, know exactly how they stand what they are going to do next. Addicts, on the other hand, are fervently hunting for that next one big win that will get them back in the game. The more frustrated they get about not being there, the more they get further away from their goal. 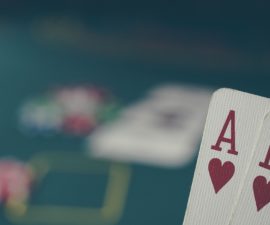