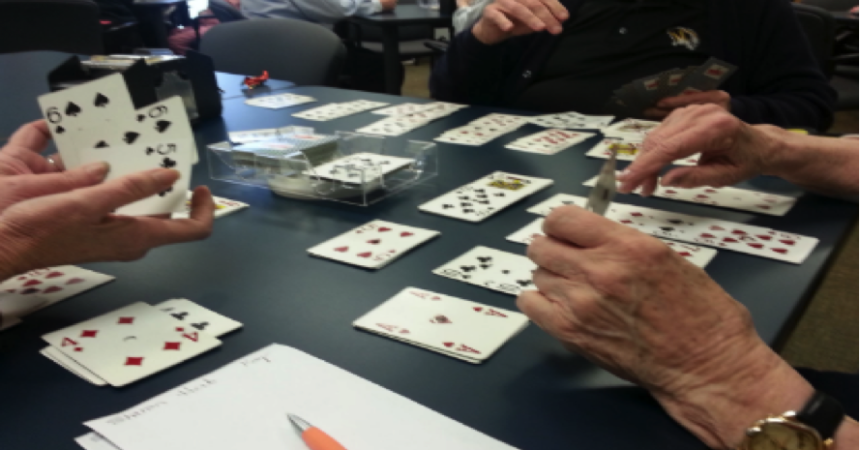 Hand and Foot is a card game similar to canasta. It is predominantly played in North America although the game is appreciated elsewhere.

Each person in the game is dealt with two cards set; the ‘hand’ and ‘foot.’ Since there exist several variations of the game, normally there are no standard rules that apply when playing. The common version seen in many games is where four players play in a partnership.

Five decks of cards are used; the standard 52 cards plus the jokers (totaling to 54). Two teams (formed with 2 players each) will sit in opposite sides while playing.

Place the stack of cards on the table and give each player a chance to shuffle it. In that way, the stack will be thoroughly shuffled.

Players will select the partnership that deals first. One of the partners from the chosen group will take almost half of the cards and deal 11 cards to every player in a face-down manner. These sets of initial 11 cards will be known as the ‘Hand.’ Afterward, the other partner from the chosen group will take the other half and also deal 11 cards in a face-down manner to every player in the game. The subsequent sets of cards will be referred to as the ‘Foot.’

The remaining cards will be placed at the center position of the table to form the stockpile. Then, the dealer will pick the topmost card, turn it face-up and place it to form the discard pile. If by any chance the picked card turns out to be a joker, a deuce or red three, the card will be returned back into the pile, and another card will be drawn in its place. 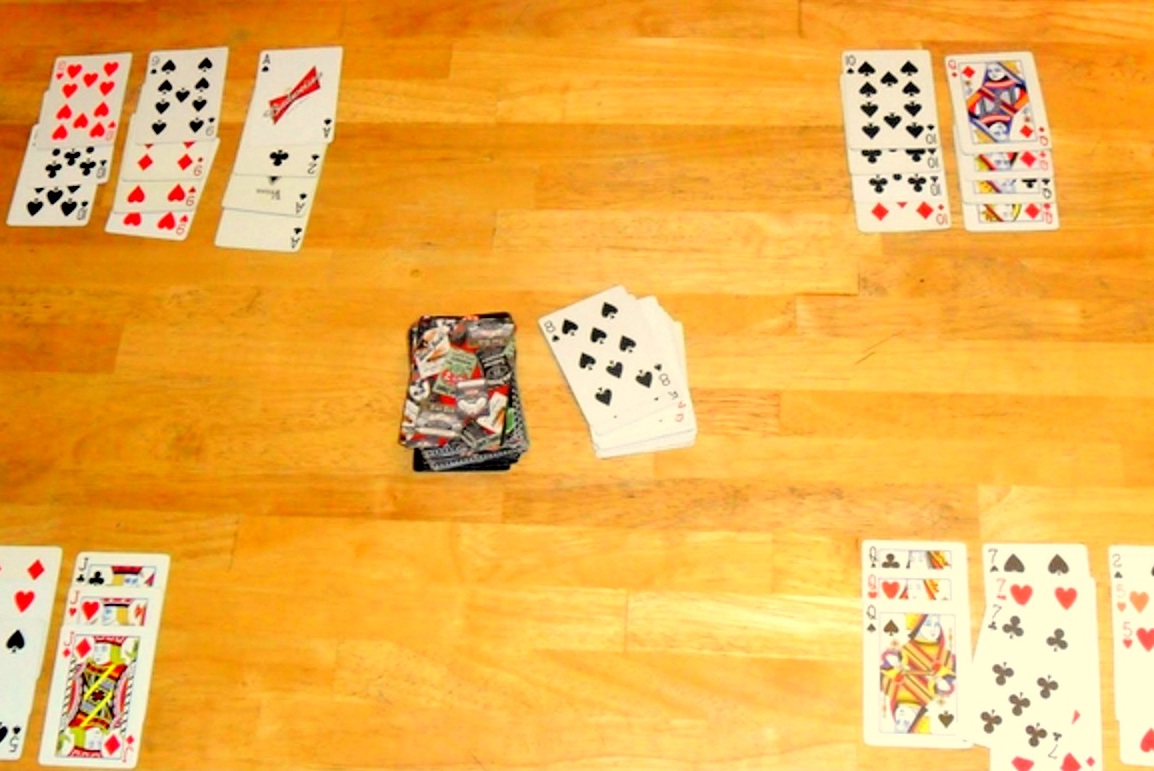 The object of the game: Meld cards

Melding simply refers to getting rid of all the cards you possess as a player; first from the Hand and later, the Foot. A meld usually consists of 3-7 face-up cards of the same rank. Possessing more than seven cards or less than three cards is not permitted in forming a meld.

More cards will be added to a meld that consists of three or more until the pile reaches seven cards and then, it will become a ‘Book’ or ‘Closed Pile.’ Wild cards like Jokers and Deuce cannot be melded unless if accompanied with two or more natural cards.

Melds are categorized into 3:

Minimum point thresholds for a play

The cards that form a meld should exceed a specific point value for a player to play a meld in this game. There are usually 4 rounds in a traditional Hand and Foot game, which are as follows:

Every individual in the game will pick up the ‘hand’ set of cards. The player located on the left of side of the dealer starts the play, and it continues clockwise until someone exits the game.

A turn is usually made up of the following:

In case your team has not yet melded, you will have to ensure that you put down cards that meet the minimum requirements when you first meld. If you desire, you can place several melds to achieve this requirement but remember that red threes are not counted when melding.

Picking up the foot

After finishing all hand cards, you will go ahead and pick up the foot and continue playing. This usually takes place in different ways.

In case you are able to meld all the cards from your “hand” without discarding, you can go ahead and immediately pick up your “foot” and continue playing your turn.

Alternatively, in case you meld all hand cards but remain with one which you have to discard as the last card, just pick up your foot but wait until the next turn to start play.

Alternatively, if you meld all the cards from your “hand” but one, and then discard this last card, you can pick up your “foot” and begin playing with it at the start of your next turn.

If your teammate doesn’t go out and you are still holding cards, then your team will lose points for those held cards.

When one of the teams gets rid of all the cards, the round ends, and the team or player with the highest score is declared the winner. 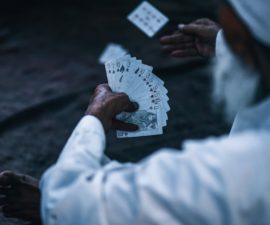