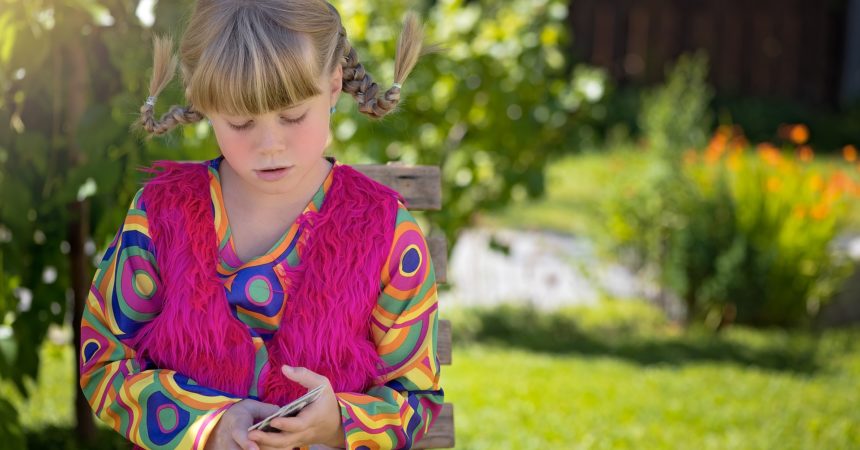 Playing card games is usually considered an entertaining activity for both grown-ups and children. Most of us pick up a deck of cards to avoid boredom or just to entertain guests on a cozy Friday evening. Still, recent parenting studies have showed that playing card games with kids has an entire series of educational and emotional benefits. Card games may be the cheaper and healthy alternative to video games or to whatever nowadays parents go for when they wish to offer their kids something fun to play with. In other words, card games can be seen as promoters of healthy competition, as well as for efficient social interaction, and they can trigger the development of several skills among children.

Playing card games is beneficial for dexterity and eye-hand coordination. The simple action of holding playing cards in their small hands helps children develop these two main motor skills. Agility can also be developed thanks to card games depending on the game complexity. The age required for such games is usually 3+. 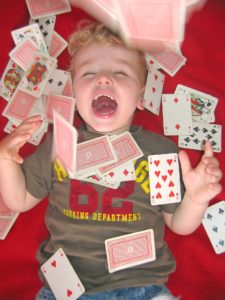 The cognitive skills triggered by playing card games with kids are numerous: from memorization to matching, number and pattern recognition and the promotion of more complex math concepts depending on the difficulty level. Increasing levels of difficulty makes children use their intellect more in providing solutions and in finding new ways of winning.

This is why one can feel free to say that card games also engage skills related to probability and statistics. Yet, the game has to be constantly fun, in order to keep the child focused on it. So, whoever is accompanying the little one in this activity (parents, brothers/sisters, grandparents or other friends) has to maintain a joyful atmosphere. Playing is fun, so learning can be, too. However, things can also have a more serious perception when one is to consider the important role of playing card games in helping fight off memory and cognitive conditions for patients suffering from dementia for instance.

What about emotional health? How do card games improve it among children? It’s pretty easy to say if one is to think about the interaction of multiple players. Small children interact with their family in a familiar environment (i.e. home) and they are encouraged to take part in friendly competition.

Achieving a goal can be as important as learning to handle a loss. Patience and fair-play can be developed or taught from early ages and card games are extremely useful means for it. All card games require communication, so children have to talk to each other, to negotiate or comprehend the rules, to take turns and to challenge each other. Helping a friend in difficulty and being an honest team player can also be representative for the emotional benefits of card games. How do we handle the child’s emotional distress caused by specific situations in card games? The answer has been stated before. By keeping things entertaining and by showing the child that playing should be fun no matter what. 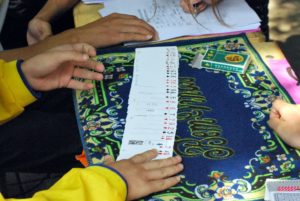 twos are the lowest. Players can’t look at the cards as they must discard them from stacks divided equally among them. Each player must keep his stack face-down and discard one card at a time, most often from the top of the stack. The card with the highest value wins the hand and takes the cards of his opponents. One is eventually due to accumulate all cards. When two cards of the same value are played, the tie is broken by playing new cards in addition to those already on the table. The winner takes all cards laid down.

Unlike War, where players need to collect the full deck to win, Crazy Eights is a game where you must lose all your cards. It is played by two to four people. If there are two players, seven cards are distributed. Three or four players get five cards. The rest of the cards are placed in a draw pile. One card is turned over to become the discard pile. Cards are discarded clockwise, with every player having to match the last card discarded in number or suit. If they do not have either of them, they can use an eight card and state to what they want to change the card. Players who do not have either a match or an eight card, must draw from the pile.

Rummy is a great game to teach children because its rules apply to various other games as well. Start off with the basic rules and let them develop toward more complex versions. Children and adults alike love to play it, so it is great to start teaching children early. It involves strategic decisions and careful calculation. The idea of the game is to create suits of cards with the same value or sign. Sets must be created in order to win the game. 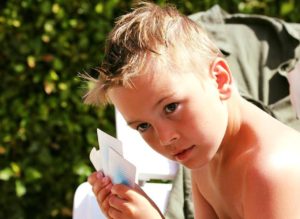 This is a fun game children love to play. Because they love to shout at their parents, grandparents and baby sitters “Go fish” when they get a card wrong. And children love to see adults make mistakes. It is heathy for them to see that you can try and fail and try again. This game is about collecting sets by asking other players for the cards you need. It is a good communication and negotiation exercise.

These have been only some examples of classic card games one can play with children. You can try others, too, and you will surely provide your kid with a healthy source of entertainment. Just keep in mind that learning can be as fun as playing and that card games may seem simple, but they are truly effective when it comes to education and health.